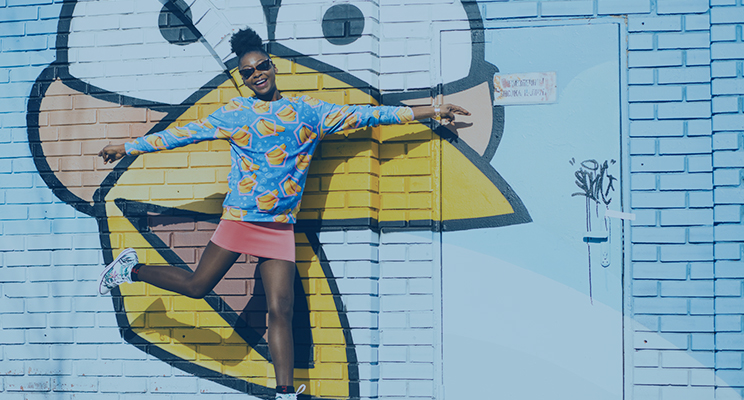 Influencer Marketing is one of the fastest growing marketing service sectors. A typical example might be somebody who has a youtube channel through which they post vlogging videos giving advice, tips, tricks and opinions about some area such as diet, makeup, fashion or fitness. Some marketing individuals can have many tens of thousands or more people who follow them online. While beauty and health tend to be hot spots, influencers now appear in almost every area of possible interest. No matter how obscure, there will always be somebody out there who can come to best represent almost any niche topic.These influencers tend to be quite prolific in their output and that’s because most don’t need to do any other kind of ‘work’. The money that they earn can be staggering. For example, a 29 year old impoverished stand-up Chinese comedian called Papi Jiang decided to change career and opened up a kitchen gadget channel in China. Within three years she was earning several million Dollars annually from her 100+ million views. The revenue came primarily from the companies who paid her to promote their products. With numbers like these it’s not surprising that today there are many thousands of social media influencers around the world earning well in excess of $1m a year.

Modern marketing, best typified by ecommerce, is increasingly numerical, scientific, technical and analytical. Opinions carry little currency while data is king. The above graph (part of INDEZ dashboard) is what allows a company to ensure that every penny of marketing spend is optimised in order to maximise profit. Only when you are able to see exactly how many sales result from a particular marketing channel is it possible to accurately measure performance.I’ve recently had a series of discussions with a representative of an influencer marketing company who gave me a very honest description of exactly how their (and most other) influencer marketing agencies operate.With campaign budgets starting from around £5k (but often very much higher), the company takes half for management and uses the rest to pay the influencers. They then use tools such as Hyperbrands to identify potential candidates. Influencers are scored in terms of followers and relevance. The management company reviews the influencer output content and, armed with a shortlist of possible candidates, has a call with each to discuss to see if business can be done. Following a negotiation, the marketing campaign is implemented and ‘results’ fed back to the client who then makes a judgement about the effectiveness of the work. The influencer usually demands a hefty onboarding/retainer fee which is when most of the marketing budget gets used. After the ‘marketing’ has taken place, good influencers commonly expect to receive a bonus. On top of these fees, some influencers are now focusing on their own Intellectual Property and are demanding license fees for reuse of their content.What was interesting was that many Influencer Marketing companies have historically tended not to tie their influencer performance directly to the sales performance of the campaigns. This has resulted in some ridiculous campaigns such as the notorious Listerine ad.In an ideal world, Influencer Marketing should be tied directly to sales performance. Clients will always prefer this option if it’s available. Doing that reduces their risk and becomes equivalent to a pay-as-you-go fixed commission rate on sales.The direction of travel is towards making the marketing accountable. It’s typified by ecommerce companies such as HelloFresh who sell boxes of ingredients to make quick-prepare meals. Their social strategy is to pay influencers solely on their performance. Influencers are each given unique URLs to promote which are tracked by the client.This approach to channel marketing has been generalised by the social platform 21buttons where influencers can acquire tracking URLs for various products. When these products are promoted through influencer-content, the clicks result in sales that earn commission for the influencers. As the Influencer market matures, it’s these quantitative mechanisms that are most likely to grow and dominate. My own observations are that clients are demanding ever greater numerical accountability for the services they buy. Making Influencer Marketing better aligned with commission-based sales is an essential step and is based on the idea that if you can’t measure it, don’t do it.  It’s called accountability stupid.